Among the smaller shrubby Aeoniums this species resembles A. viscatum and A. goochiae in having sticky  leaves, but in A. viscatum the leaves are glabrous, not glandular-pubescent, and in A. goochiae the flowers are pink, not yellow. It differs from both in its very fleshy leaves, 6mm or more thick, twice as thick as those of either. The extremely fleshy leaves, indeed, distinguish it from all other Aeonium, in none is the ratio of thickness to breath normally so great.


It is a striking plant on account of its heavy bushes with very  k leaves, but not one of the most attractive.


This sub-shrub is very branched and to 60/70 cm high, very often hanging alongside the cliffs and rocks, has a very special and pronounced smell of balsam. Leaves obovate, pubescent, older leaves green/yellow and the new growth mostly dark green, forming a 5/11cm rosette.


Inflorescence lax, about 5 cm across, flattish, sessile with 10 to 30 flowers.


Flowers 7 to 9 parted, 15mm across , gold-yellow ) flowering May to September

We could find a hybrid with the Aeonium tabuliforme


This species is used, in case of accident with the latex of Euphorbia, to dilute and neutralise their adhesive and caustic properties, especially with ophthalmic problems. 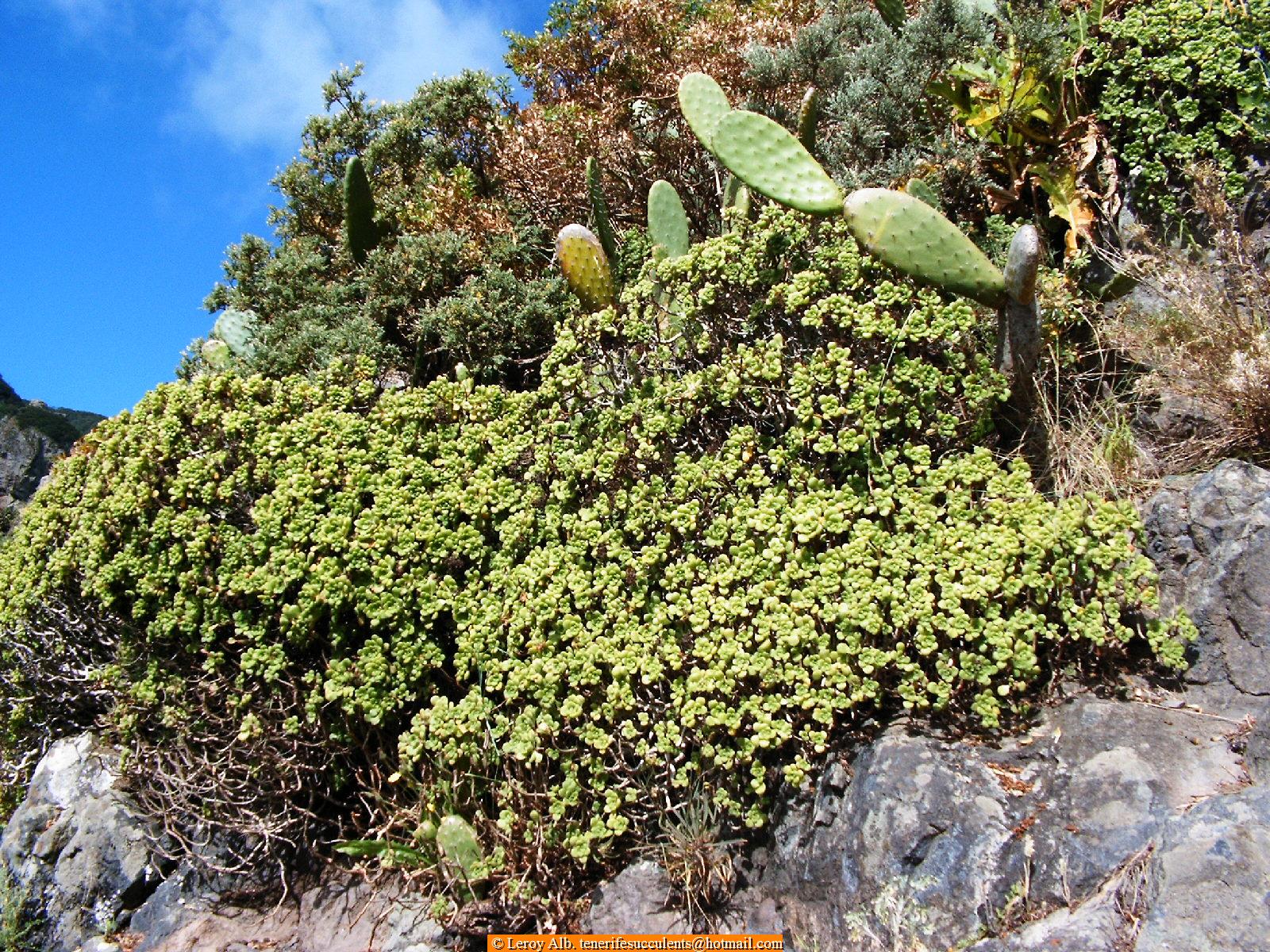 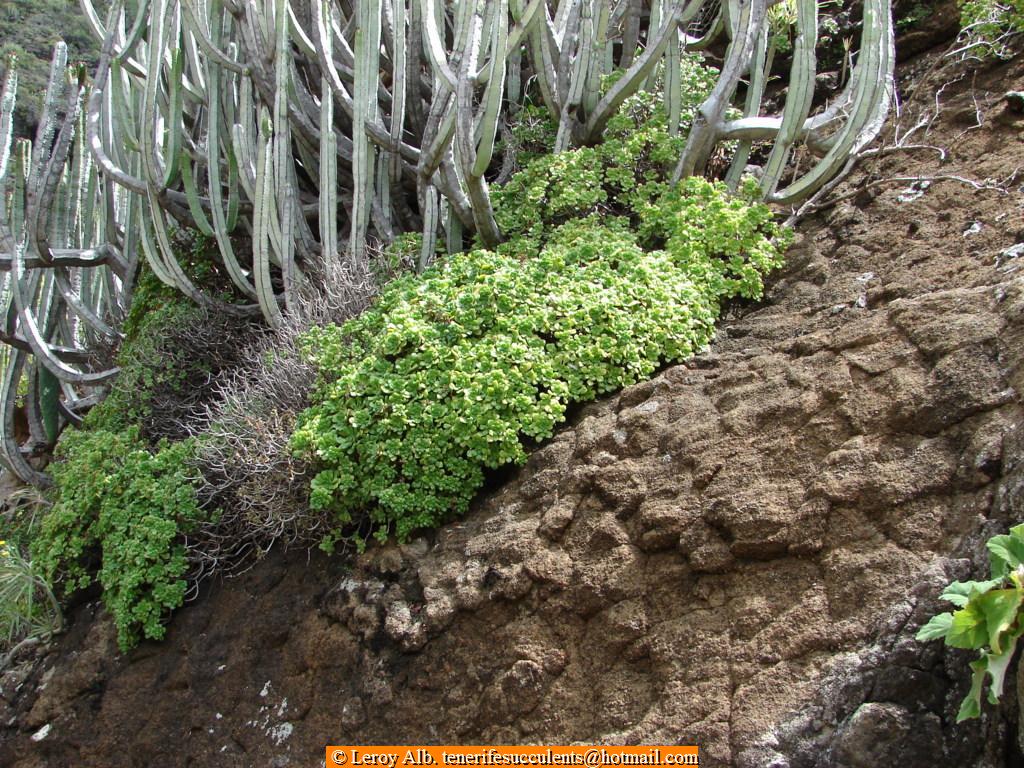 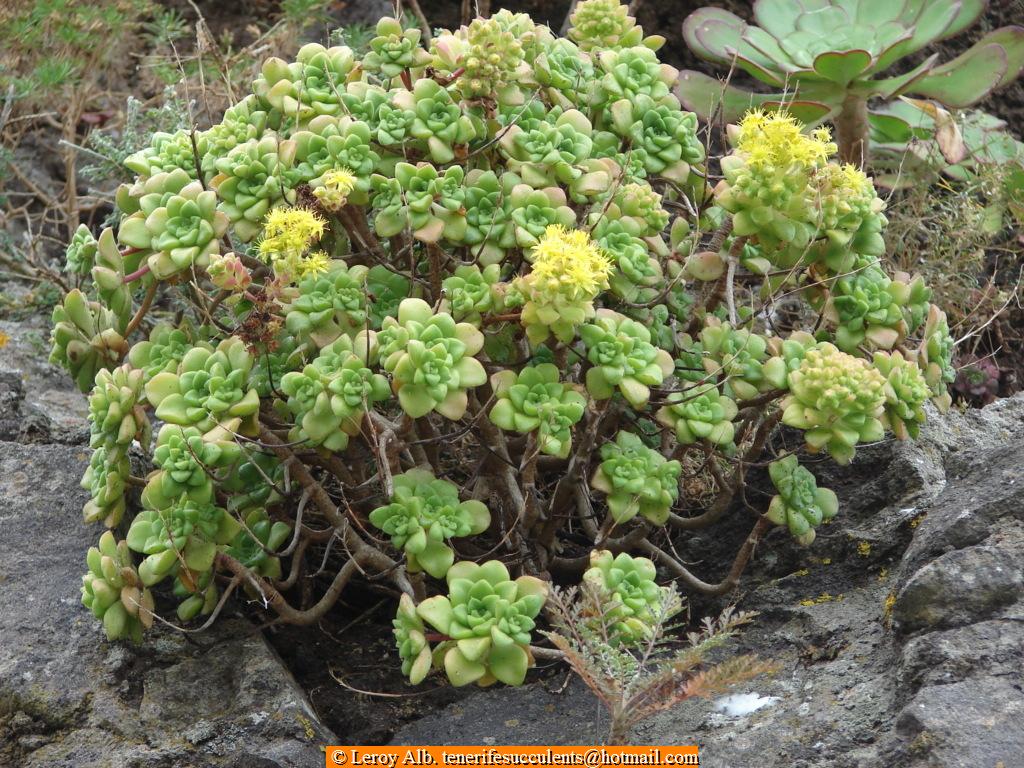 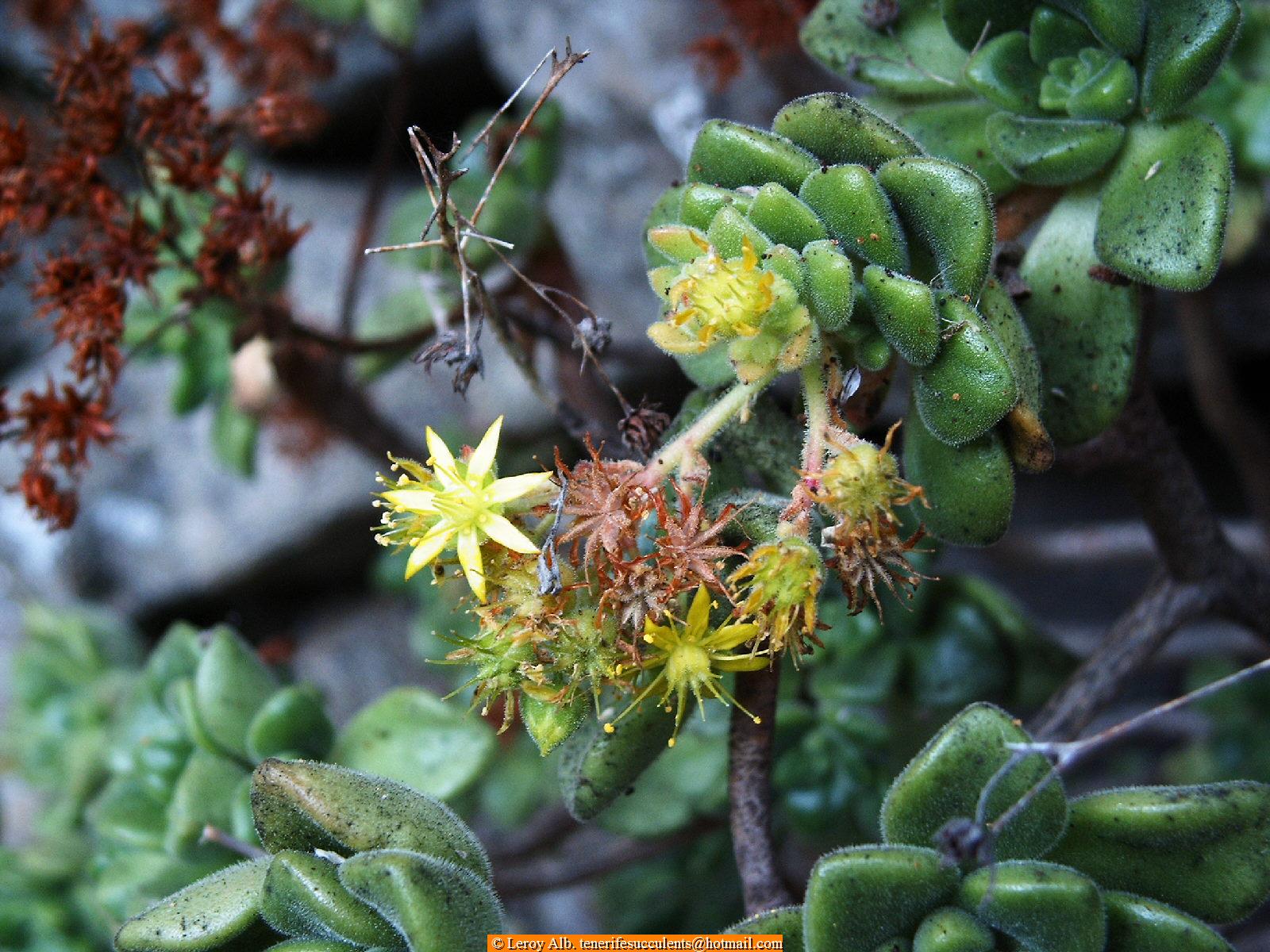 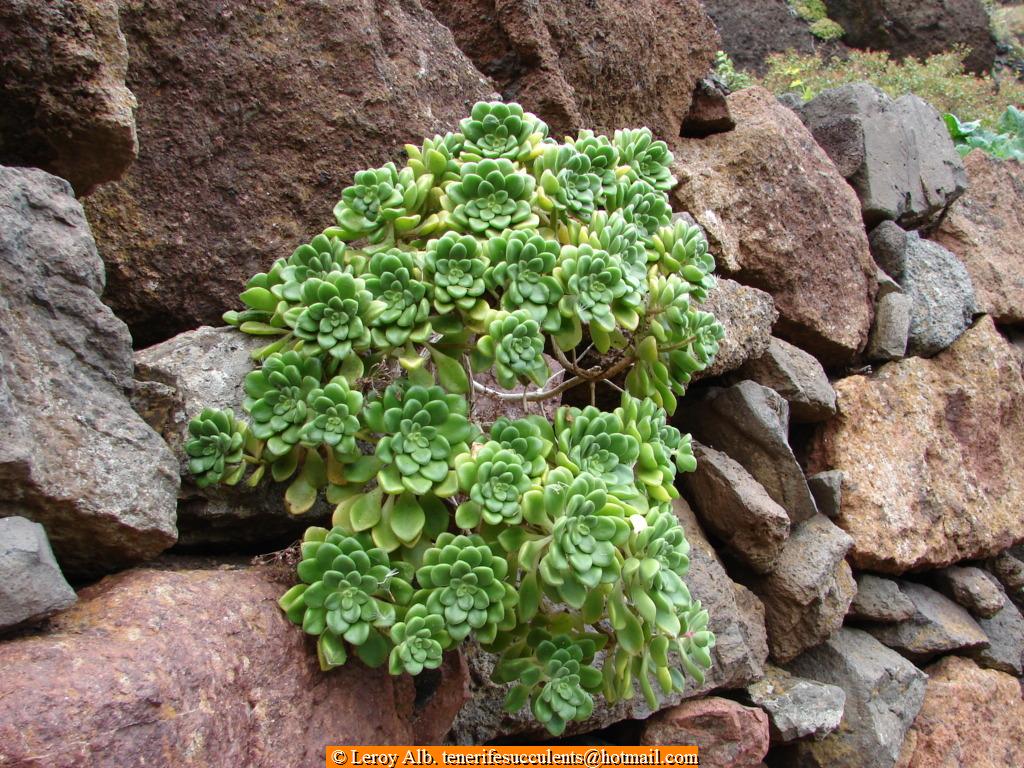 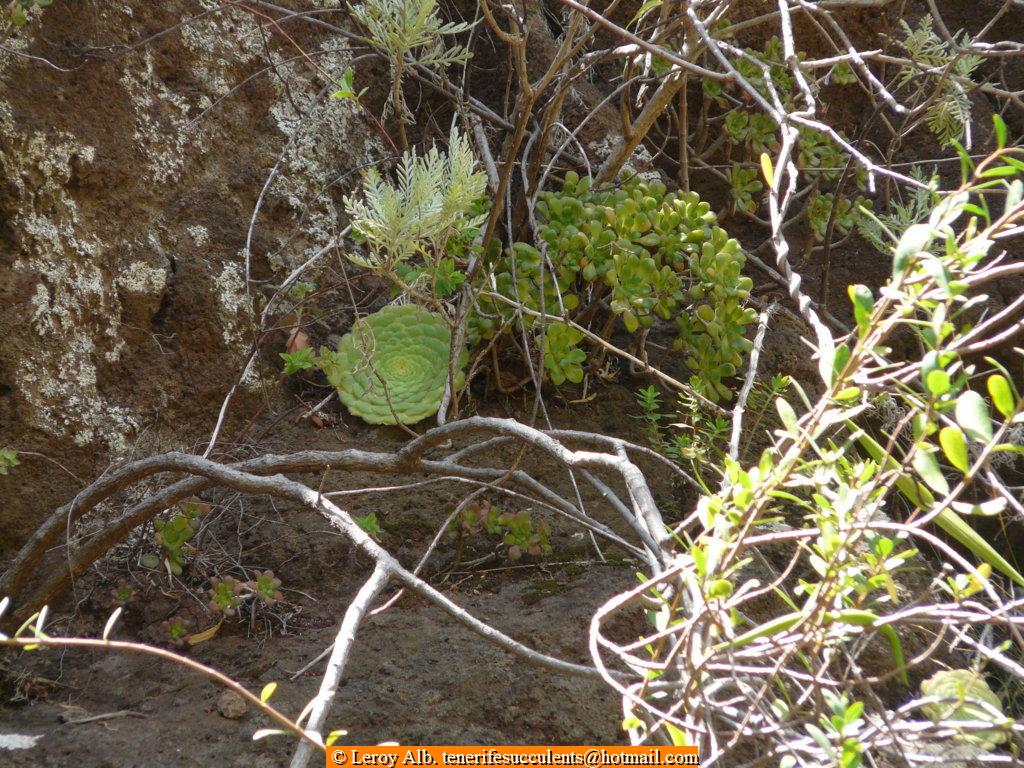 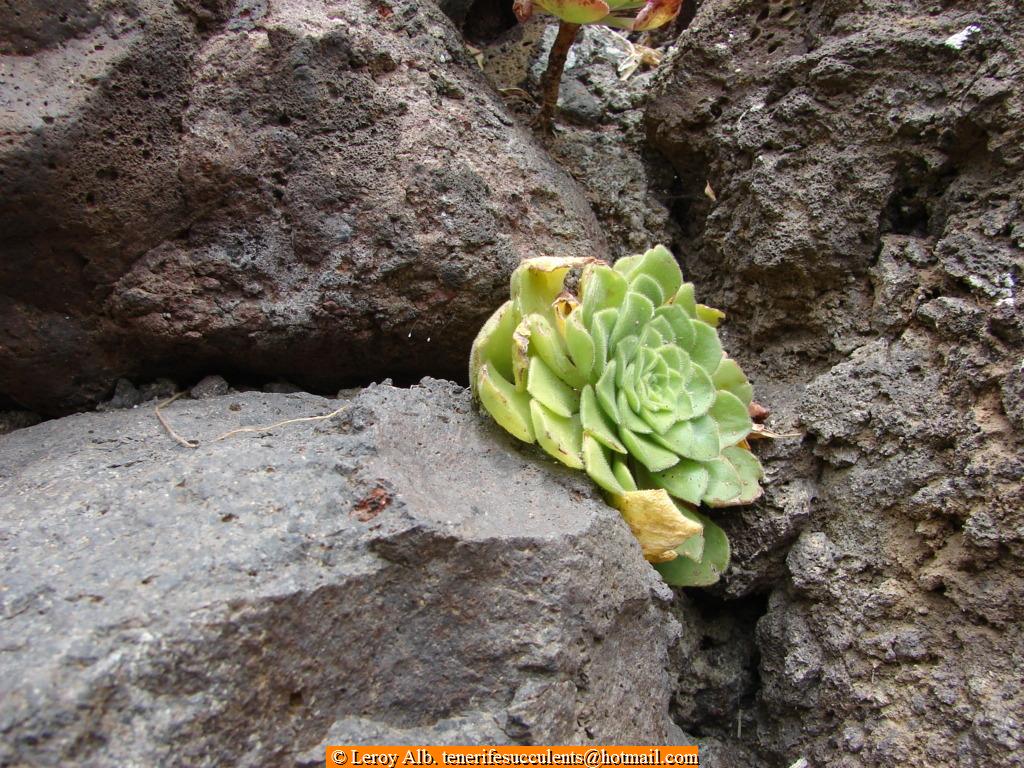 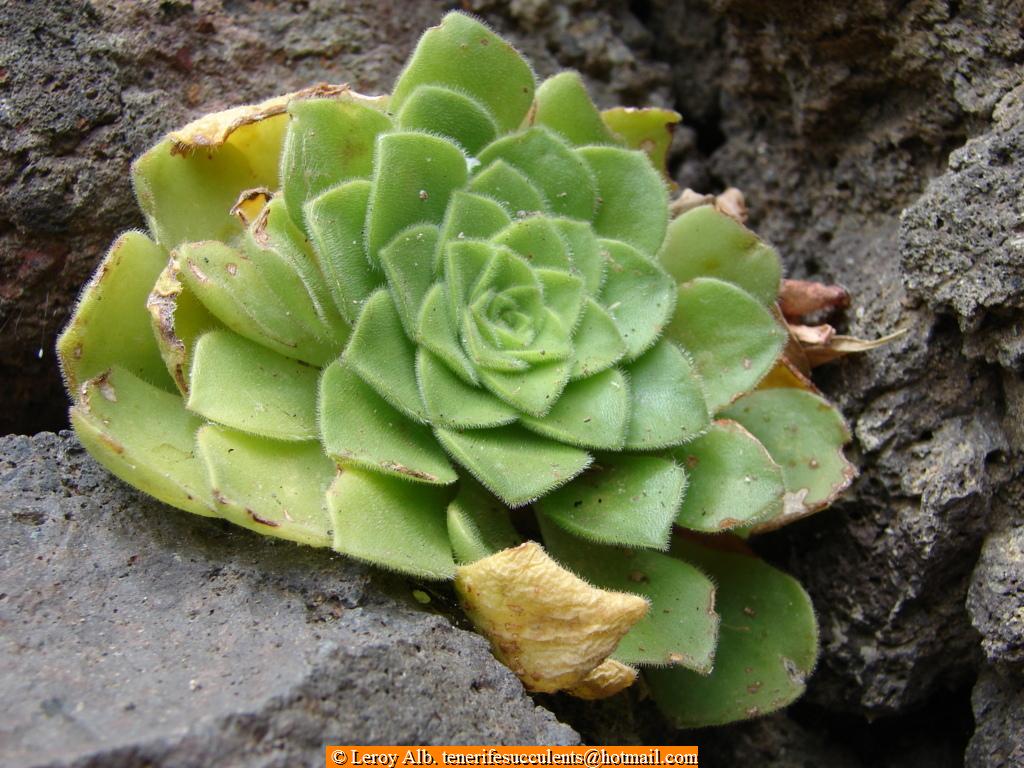 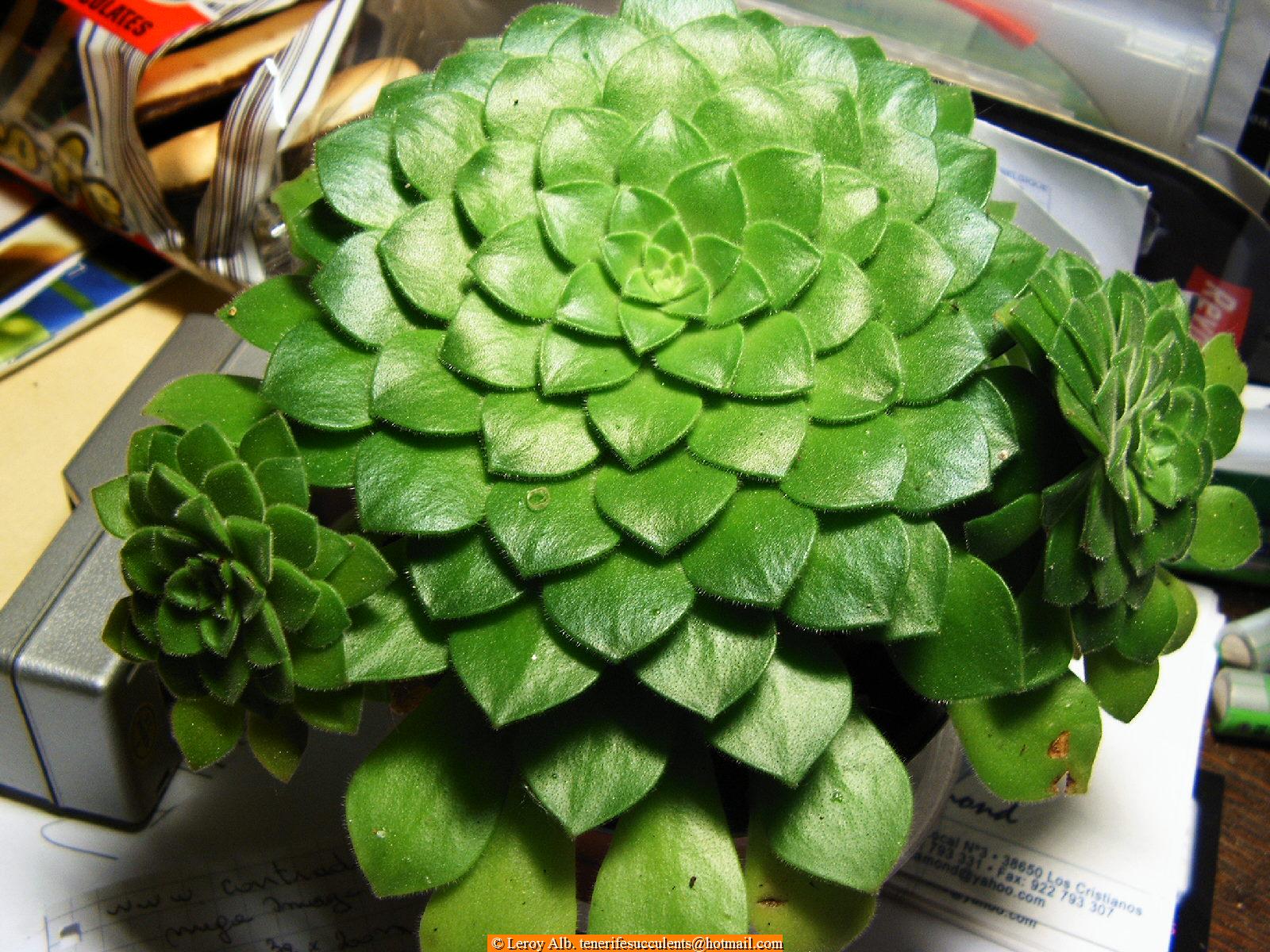